WISE is developed by Close to You Foundation (ADV), humanitarian organization, established in February 2002 by Holt International Children’s Service USA, whose mission is the integration of people with disabilities or other vulnerable groups. It is independent of state authorities, not conditioned by any certain ideologies, doctrines or religions. Authorization no. 1871/03.05.2017 Travel licence no. 7633/27.06.2018 Insurance no. 51649/22.06.2018 by Omniasig.

For more information please follow the link in each title. 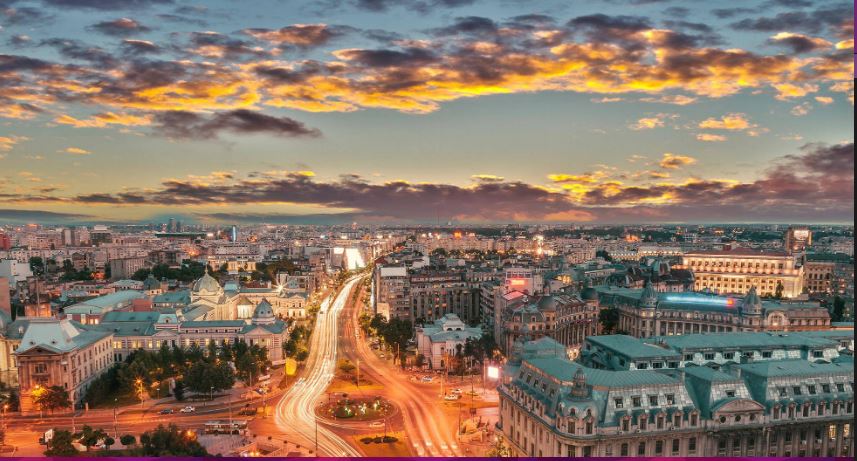 Enjoy a day trip from Bucharest and explore one of Romania’s most fascinating attractions. Discover the highlights of Bucharest and admire the unique architectural style of the stunning Mogosoaia Palace.

MBQ (Mesteshukar ButiQ) is a Bucharest based social enterprise working on revaluing traditional Roma craftsmanship. We know little of Roma craftsmen and their ancient skills. This cultural heritage can both contribute to changing attitudes towards the Roma and provide an opportunity to help families escape the grinding poverty in which so many of them live. With the support of the ERSTE Foundation Roma Partnership, MBQ (Meşteshukar ButiQ) has revisited many of these traditional crafts and developed an updated collection in collaboration with Nadja Zerunian, Peter Weisz and Glimpt Studio. This has been an ongoing journey of almost 3 years, and they are proud to present a collection of handmade products, their makers and their stories.

Bistro therapy is a space dedicated to those that are looking for a contemporary, authentic and local experience. Kids & family friendly,  bistro from the middle of Bucharest speak to the audience who wants to spend their free time in a sincere, undisturbed place. Therapy is a social enterprise with some of the employees coming from vulnerable groups, people who have formed all these years an admirable team led by a manager who managed to maintain the emotional and financial balance despite the problems that have arisen all the way.

Opened in September 2015, in a boyar house in the center of Bucharest, St. Voievozi 60, it is a bright and welcoming space, enlivened by nearly 200 plants. The wooden bar, an immense table that can be drawn, a training bookstore and long tables create the special atmosphere of Therapy.

Mogosoaia Palace easily passes as one of the most beautiful monuments around Bucharest. With a history that goes back more than 300 years, part of the lives of some of the greatest families in the history of Southern Romania, the palace and its vast gardens are an excellent weekend destination. 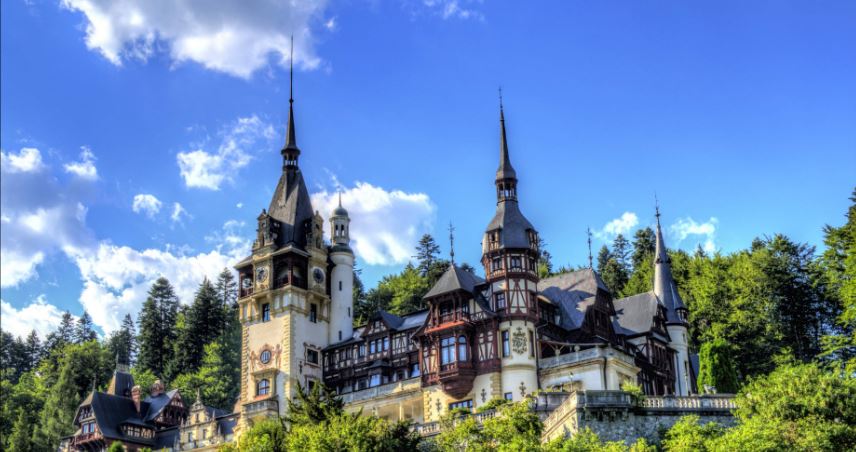 Home to one of the most famous counts in literary history, Transylvania is a must-see destination on any visit to Romania. On this full-day tour from Bucharest you will visit the historic region exploring the influence of different cultures, including Romanian, Saxon, Turkish and Hungarian.

Sinaia was named after the Biblical Mount Sinai and is known for its beautiful late 17th-Century Byzantine monastery. You will visit the neo-classical Peleș Castle, built on a medieval route that linked Transylvania to Wallachia.

Nestled at the foot of the Bucegi Mountains in the picturesque town of Sinaia, Peles Castle is a masterpiece of German new-Renaissance architecture, considered by many one of the most stunning castles in Europe.

Commissioned by King Carol I in 1873 and completed in 1883, the castle served as the summer residence of the royal family until 1947. Its 160 rooms are adorned with the finest examples of European art, Murano crystal chandeliers, German stained-glass windows and Cordoba leather-covered walls.

The furniture in the Music Room is carved of teak, a gift to King Carol I from the Maharajah of Kapurtala in India, while handmade silk embroideries adorn the ceiling and walls of the Turkish Salon. The ceiling paintings and decorative frescoes in the Theater Hall were designed by the renowned Austrian artists Gustav Klimt and Frantz Matsch.
Over 4,000 European and Oriental pieces dating from the 15th to the 19th centuries are on display in the armories.

Also worth exploring in town is Sinaia Monastery, founded by Prince Mihai Cantacuzino in 1695, and named after the great Sinai Monastery on Mount Sinai. The monastery served as the residence of the royal family until Peles Castle was built, and now is home to a monastic establishment.

CONCORDIA BAKERY is a social business, that through its activity supports the training program of CONCORDIA Vocational School, also after graduation their bakery students can become employees of the Bakery and take their first step on the labour market 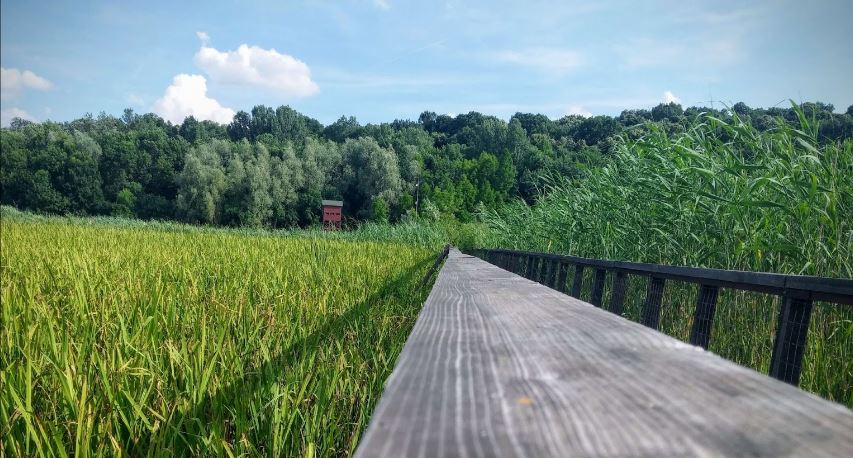 The Canvas Workshop (Atelierul de panza) is a protected unit of ViitorPlus – a sustainable development association that was originally named „Sacosa Canvas”. This initiative began in 2009 as a specific model for what sustainability of development means. In the canvas workshop, natural canvas objects are designed for sale in order to provide jobs for people with disabilities. There are objects that can be used daily in many situations: bags, kitchen sets, bracelets, bookmarks, backpacks, wallets, portfards and more.

The Paper Mill Association (Moara de hârtie) has initiated and is developing The Paper Mill and the Crafts Village Complex in Comana (Giurgiu county, very close to Bucharest), that consists of 10 creative workshops based on old crafts, that used to be practiced in the Romanian traditional village: weaving at the hand loom, reed mace processing, blacksmith, pottery and ceramics, woodwork, traditional kitchen, traditional mill and bakery, as well as book-related crafts: hand-made paper, letterpress printing and bookbinding.
Their mission is that of being a focal point of synergy between people, crafts and art, doing this by:
1.            Direct experience – the Comana Paper Mill and Crafts Village Complex is open to visitors every week-end, from April to October.
2.            Education and training – throughout the whole year, they organize practical workshops with children and adults, on topics related to creativity and crafts.
3.            Manufacturing handmade objects in the spirit of the old crafts, conceived to be relevant and appreciated in the XXIst century.
During the eight years since the idea of a Paper Mill first occurred to us, they have not only dreamed about the beauty of this place, but also worked a lot in the direction of creating it.
In 2011, inaugurated in Comana a small Workshop-Museum, a place unique in Romania, dedicated to old book-related crafts. The Paper Mill brought here more than 12.000 children and adults in 6 years, people who visited the Workshop-Museum and participated in educational and creative workshops of handmade paper, letterpress printing and bookbinding.
Remarking the enthusiasm of both children and adults in direct contact with activities inspired by old crafts, in 2014 decided to open a new way and to build here, in Comana, a small village dedicated to Romanian traditional crafts. For this dream to come true, we wrote a project, and the Comana Crafts Village could be built due to funds from the Norwegian Government.

The Comana Natural Park, is a natural reserve near Bucharest, situated in Giurgiu county, at approximately 30 km. Comana Natural Park is well-known for its Delta of the Neajlov River, home for waters, birds, trees and abundant vegetation. A protected area of national interest with an area of 24963 ha, was established in 2005 by the Government of Romania. The purpose of its establishment is, as a whole, to protect the floral and fauna diversity described in the area, habitats characteristic of vulnerable, endangered and / or rare, plant and animal species, of special areas of scientific, historical or landscape interest.

In the month of May there are lots of peonies blooming in the Comana forest, an occasion for the locals to celebrate spring, during Peony Fest (Sarbatoarea Bujorului). 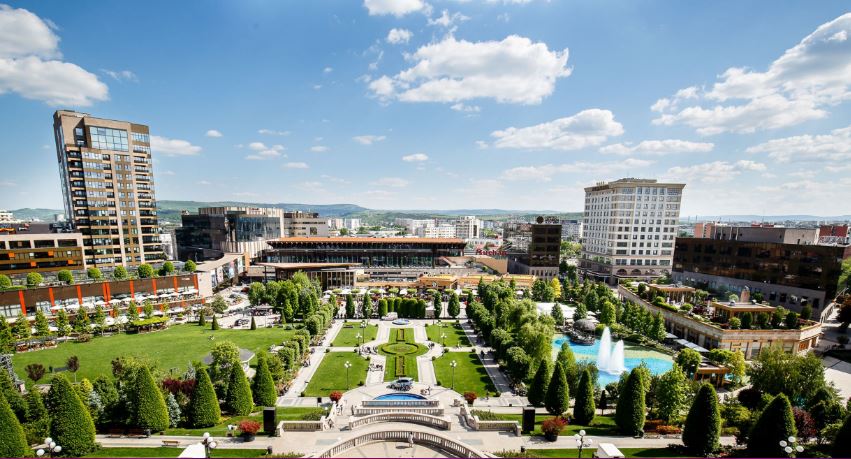 Enjoy a short tour of Iasi, the most impressive city in North-East of Romania and get an idea of the beauty and history of this city.

10:30 – The day will start with a pedestrian tour of Iasi

This walking tour is the best way to get an idea about the city in a short time. From the Palace of Culture to the Union Square the tour will show you the essential of Iasi, Moldavia’s largest town, the main educational center, known as the city of the great ideas or the city of the seven hills like Rome or Lisbon.

You will discover some of the highlights such as Alexandru Lapusneanu street, The Metropolitan Cathedral, Casa Dosoftei, Roznovanu Palace (the building which houses the City Hall), The Three Hierarchics Monastery, one of the most fabulous religious constructions in Romania because of its unique exterior architecture, an 17th Century building. From that point we will be heading to the Palace Square, where we will see The Palace of Culture, a neogothic palace, constructed at the beginning of 20th Century entury, inspired from Hotel de Ville Paris.

After lunch we will continue our pedestrian tour with two more iconic places: Alexandru Ioan Cuza University of Iasi (the oldest university of Romania). Founded one year after the establishment of the Romanian state, by an 1860 decree of Prince Alexandru Ioan Cuza, under whom the former Academia Mihăileană was converted to a university, the University of Iași, as it was named at first, is the oldest university of Romania, and one of its advanced research and education institutions. It is one of the five members of the Universitaria Consortium (the group of elite Romanian universities).

When entering the University Palace, a special place, poetically named “The Hall of the Echoing Footsteps”, welcomes you. The works of art surrounding you at every turn are breathtaking. By painting these murals, Sabin Bălaşa, one of the most well-known Romanian contemporary painters, has introduced this place in the great art galleries of the world.

After that we will be heading to  Eminescu’s Linden Tree (Romanian: Teiul lui Eminescu) is a 500-year-old silver lime in Copou Park, Iași.

Mihai Eminescu (the most famous and influential Romanian poet) reportedly wrote some of his best works underneath this lime, rendering the tree one of Romania’s most important natural monuments and a Iași landmark.

16:30 Close to You Foundation Social Enterprise

Close to You Foundation (ADV) is a non-governmental organisation and a work integration social enterprise, established in February 2002 by Holt International Children’s Service USA, whose mission is the integration of people with disabilities or other vulnerable groups. Its national headquarters is in Iasi and it is registered as a Romanian foundation, independent from state authorities, not conditioned by certain ideologies, doctrines or religions.

Close to You Foundation established in time 3 social businesses, being declared the 2016 Social Entrepreneur of the Yearwithin the international competition EYEntrepreneur Of The Year:

UtilDeco was established in 2010 and created throughout time over 100 workplaces, of which at least 40% have been for people with disabilities. UtilDeco offers services of archiving and document storage, the production of protection equipment / an online store.

JobDirect was established in May 2016 as an Agency for Placement and Assistance at the Workplace, offering services of evaluation, testing, counselling, professional capacity building, mediation and placement on the labour market, as well as job coaching for people with disabilities or from groups at risk.

WISE.travel was established in August 2016, initially under the name UtilDeco Travel. In June 2018, the agency was re-authorized as tour operator under the brand WISE.travel and offers travel services and event organizing, while 50% of its profit is donated to NGOs and social enterprises.

Close to You Foundation is fully reinvesting its profit in the not-for-profit activities developed, especially in supporting two day centres for children and adults with disabilities from socially disadvantaged groups, promoted under the name the Youth Club.

Note: The flight from Bucharest to Iasi and return is not included (starting 23 EUR/one way; can be offered on request).