Ancuţa is active in the nongovernmental sector in Romania since the ’90s when she initiated and designed a series of programs for the development of the civil society. Since then, as a trainer, consultant or evaluator she has designed and supervised support programs for for NGOs, social enterprises, public authorities or donors, local economic development programs and the social economy sector, in Romania and some of the neighboring countries. She gained her professional experience working in organizations such as the European Commission Delegation in Romania, the Civil Society Development Foundation – FDSC, the Local Development Partners Foundation, as a member of the European Commission’s Expert Group on Social Economy 2012-2014 and CIRIEC. In 1996, Ancuta founded FDSC and was its first director. She initiated the Social Economy Institute within the FDSC in 2010 and the Solidarity Lab in 2013. Ancuta has designed and developed local development programs including social economy initiatives in the region of Oltenia, more specifically the mountain areas of Horezu, Vâlcea county and Novaci, Gorj county and in several communes from the Danube meadow in Calarasi County, also intervening in many other communes in the south of the country. At present Ancuţa is a High Counselor from the European Union for the involvement of civil society in the Republic of Moldova. Ancuţa has a background in engineering, has a Master in Public Administration and post-graduate studies of social economy at the European Research Institute on Cooperatives and Social Enterprises EURICSE (Trento, Italy) and in the field of public policy assessment at the University of Galway. 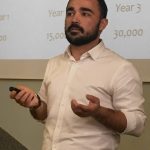 Adi is a specialist in social economy and community development, with nearly 20 years of experience in the non-governmental sector in areas such as social entrepreneurship, rural development, funding programs management, social services, non-formal education and training. Project manager with nearly 10 years of experience, including projects with European funding, having leadership interests, organizational capacity development, business development and change management. Trainer in areas such as entrepreneurship, project management and writing, and non-formal education. With an ongoing desire to learn and to innovate permanently, he has been doing Executive MBA studies at the Maastricht School of Management in Romania. I firmly believe that people are the most important resource of an organization and I promote a culture of success and continuous development. I think tomorrow’s achievements are the results of today’s actions and yesterday’s lessons.

Irina is a sociologist, currently a PhD student at the Doctoral School of Sociology at the University of Bucharest, Romania, with a dissertation entitled “Community participation in joint property management: comparative study of the forest and pasture commons in Romania” since 2016. She holds BA and MA diplomas (awarded 2010 and 2012) in Sociology, University of Bucharest. She has ample research experience, both academic and applied, in the areas of cooperative practice, social economy and financial exclusion, being a researcher at the Institute of Social Economy, part of the Civil Society Development Foundation, Romania since 2013. Irina has worked within large European projects, with various methodologies, quantitative and qualitative data collection and processing, also having skills in event planning and report writing. She is also a devoted scout. She was an active member of the small and enthusiast team of the project “Romanian Mountain Commons – Associative Environmentality”. 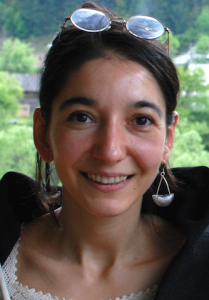 Monica is an environmental anthropologist of the Carpathian Mountains. She was awarded a PhD in Sociology at University of Bucharest, with a dissertation on the post-socialist revival of forest commons. She has been a fellow and a researcher at prestigious European institutions, working within interdisciplinary groups, and also worked as a socioeconomic expert for nature conservation projects conducted by international organizations, with concrete implications for the lives of Carpathian communities. Her work combines academic pursuit with applied practice, documenting social and ecological life-worlds emerging across the Carpathian mountain range, with particular focus on forests, pastures and human-animal relations. Over the past fifteen years, she has conducted extensive ethnographic fieldwork and sociological surveys. Recently she has led the project “Romanian Mountain Commons – Associative Environmentality” that conducted an extensive survey of 330 land commons in Romania.