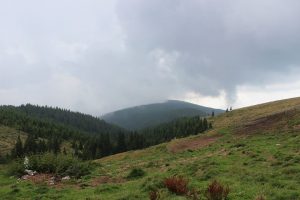 Romania features a high number of commons spread across the Carpathian Mountain range. Commons are woodlands and grasslands owned and governed mostly by communities, which can be territorial villages, kinship-groups or groups of descendants. And while the territorial villages are clearly groups of people living together in a certain bounded area, the kinship-groups and groups of descendants are rather more diffuse. Membership in such communities of rightholders is defined differently, according to various historical developments in the different provinces. The most notable difference is between 1) place-based systems of equal rights and 2) inheritance-based systems of unequal rights.

All commons as a category of property regime are called in Romania ‘traditional or historical associative forms’, forme asociative traditionale sau istorice, referred to in local language mainly as obște (pl. obști), composesorat (pl. composesorate) and asociație urbarială (pl. asociații urbariale). From a legal point of view, they are considered land in private property of ‘juridical persons’. 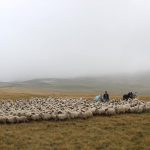 What did our project do? The extensive research of contemporary Romanian land commons is unprecedented. Our database includes 329 surveyed cases of commons. We collected data from 20% of the existing number of commons in Romania, accounting for nearly 1/2 of the forests owned by the commons and nearly 1/3 of the surface of pasture owned. 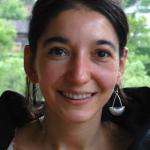 MONICA VASILE
Project Director, member of the Solidarity Lab
Monica is an environmental anthropologist. She has conducted extensive etnographic fieldwork and sociological surveys in the Carpathian Mountains of Romania. Her research topics are land commons, forests, pastoral practices, timber logging and trade, human-animal relations, nature conservation and rewilding. Currently she is affiliated with the Rachel Carson Center for Environment and Society, Munich, Germany.
monica.vasile01@gmail.com; www.researchgate.net/profile/Monica_Vasile4 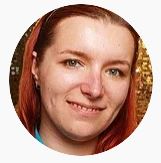 IRINA OPINCARU
Researcher, member of the Solidarity Lab
Irina is a sociologist, a PhD student at the Doctoral School of Sociology at the University of Bucharest, Romania. She has ample research experience, both academic and applied, in the areas of cooperative practice, social economy and financial exclusion. 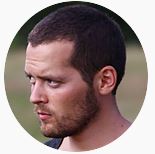 GEORGE IORDACHESCU
Researcher
George is a social anthropologist interested in political ecology and construction&protection of natural heritage. The title of his PhD research at IMT Lucca, Italy, is “Wilderness Production and Protection in Eastern Europe: Towards a synthesized critique of neoliberal conservation and its impact on forest livelihoods.”
george.iordachescu@gmail.com; www.imtlucca.it/george.iordachescu

STEFAN VOICU
Researcher
Stefan is a PhD student in Sociology and Social Anthropology at the Central European University, Budapest, Hungary. His research examines the interplay of power, capital and environment in the Carpathian forest commons, and the cash crop farms of South-Eastern Romania.
voicu_stefan@phd.ceu.edu 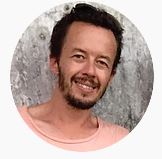 ARRYN SNOWBALL
Fieldwork Assistant
Arryn is a visual artist. He has a Doctorate of Visual Arts from the Queensland College of Art, Australia, where he taught painting from 2005-2012. He has held solo exhibitions in Brisbane, Sydney, Canberra and Melbourne. He contributes to our project with photography and editing of visual and written content.
www.arrynsnowball.com

1. Social Mapping of the Romanian Commons

Method: interviews with commons representatives – survey of 330 commons
The project aimed at describing the large variety of commons to be found across the Romanian Carpathians, investigating the following dimensions:

​2. Multi-sited Ethnography / Understanding the relation between commons and local livelihoods

In each location in-depth interviews with over 20 commons members, key actors and commoners.

How many. How much. From our research in the present project, by piecing together information from different sources, it can be said that there are around 1500 forest and pasture commons located in the Romanian Carpathian Mountains and along the foothills, counting 873.000 ha of forest, 14% of the total forested surface of the country. This official figure is presented for ‘traditional associative forms’ by the Romanian Court of Accounts in a report from 2014; other sources indicate other figures, such as 788.694 ha (year 2015), source official report filed by the Ministry of Forest and Waters. In addition, our estimations show that the commons have about 300.000 ha of pasture. The resources are owned and managed by over 400.000 commoners. 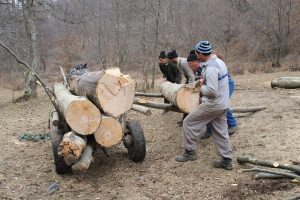 Benefits from the commons. Commoners perceive their primary uses of the commons to be firewood, grazing and liquid proceeds from commercial leases and enterprises. From the commons, firewood is extracted and distributed towards commoners, for heating and cooking, for which there are no local alternatives so far. In some areas, the common property institutions are oriented mostly towards providing individual revenues and cash dividends derived from commercial logging and subsidies. Research findings suggest that the individual revenue derived from liquid proceeds made on the commons are, on average, not significantly high for households, they do not constitute a primary source of livelihood, but an additional income. Commoners can also graze animals for free and receive a quota of firewood at half price.

In many cases, the commons provide collective community welfare, especially so in the Eastern area of Vrancea, and the eastern Transylvanian counties (Harghita and Covasna). Here they contribute to reparations of infrastructure, public buildings, schools, and roads. Churches are often sponsored, as they are important community buildings, in which the commoners take a lot of pride and wish to invest. They also offer stipends for students, supporting education, mostly in the Transylvanian eastern areas. Traditionally in these areas, the commons (composesorate in Harghita county) sponsor local groups of musicians, football teams and other youth activities.

Governance. The commoners elect a commons council (consiliu), usually formed of five members, and, among the members of the council, a president. They also elect an auditing committee (comisia de cenzori), formed of three members. Councils are temporary (2 to 5 years). The normative framework is provided by the local bylaws, a document containing rules and regulations legally approved and upheld. Theoretically, the bylaws can be modified at any time, provided that the general assembly of commoners ratifies the changes. However, in practice this is difficult to achieve because there is usually a threshold of participation of 2/3 of members to uphold the changes, which can almost never be met. Most decisions regarding the commons are expected to be taken by the assembly of commoners.